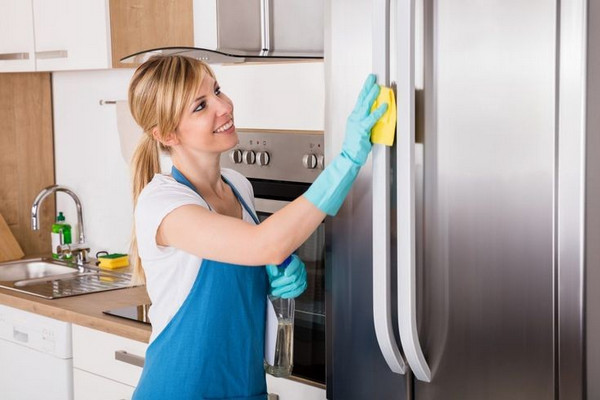 Sometimes LG refrigerators like any other appliance break down and need appliance repair in San Diego.

The compressor motor is the driving force for the freon that circulates through the cooling circuit. Occasionally, as the equipment is in use, motors experience a breakage, a winding short circuit to the housing, or a coil or interwinding short circuit of the stator windings. Also, compressor wedging (mechanical seizure of motor parts) can occur.

Cooling in a refrigerator is carried out on the Carnot cycle at the expense of freon. It circulates through the hermetic circuit and compresses and expands, in the process taking heat from the chambers. If the system loses its tightness, the refrigerant escapes and the refrigerator stops freezing. The most common leaks occur:

– In the locking joints,
– a weeping evaporator,
– in the steel perimeter heating circuit of the freezer.
When a leak occurs, at first the refrigerator works but does not cool well, while the motor hammers almost without shutting down. After all the refrigerant has evaporated, the compressor does not switch on at all.

The fan in refrigerators with No Frost has malfunctioned

Drainage in the refrigerating chamber is clogged (models with drip defrost)

In LG refrigerators with a drop defrost system, the condensate which is formed on the back wall of the refrigerating chamber during the compressor “rest”, normally flows away by gravity. At first, it flows down the wall into the groove, and then through the drainage hole and pipe, it flows into the tray, located near the motor. There, the moisture evaporates. If the drainage system is clogged (this often occurs due to crumbs) or frozen, the water cannot escape from the refrigerator compartment and begins to accumulate under the fruit and vegetable drawers.

Defrost timer in the No Frost fridge is defective

The defrost timer in a No-Frost system is responsible for turning the defrost heating element on and off to defrost the evaporator. Sometimes it breaks: contacts burn out, in mechanical models the motor fails, or the program gear “jams”. In electronic timers due to power surges chip burns out.

The fuse in a No Frost refrigerator blows

The fuse is a node in the defrost system for the “emergency” defrosts heating element shutdown. The fuse melts, the circuit opens, and the defroster is turned off, even if for some reason the defroster, as measured by the timer, turns off the defroster, and/or the timer has not tripped. Since the fuse in most cases comes with the defrost sensor, they often fail in tandem.

If your LG has stopped freezing or is not working correctly, seek help from the experts. Leave us an online application for LG refrigerator repair: the master will arrive at any time convenient for you.

Experts of an appliance repair  service in San Diego County repair any model of LG refrigerators: both modern with the system of defrosting No Frost, and older, including, with a drip defrost. We work to ensure that your technique served you as long as possible!