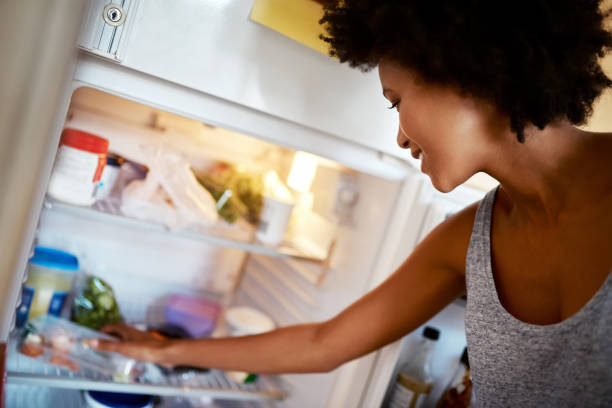 1. Refrigerant leakage from the system
Freon can enter the room air through micro holes in the tubing system. These holes are caused by improper operation.

For example, in a situation where the refrigerator has not been defrosted for too long and a thick layer of ice has built up on the tubes, there is not enough time to defrost.

The less freon remains in the refrigerating installation, the less cold will be generated, and the compressor will receive an additional big load and wear out faster. In such a case, it is recommended that the system be immediately sealed and charged with refrigerant. This requires special equipment and knowledge.

In almost all cases, this problem is solved by replacing the defective module.

3. Problems with the sealing gum
The rubber seal on the door of the compartment can be damaged, peeled off, or dried out. Drying out of the rubber element occurs mainly due to the unit being idle for a long period of time.

Due to a defective seal, warm air from the room is able to penetrate into the chamber and increase its internal temperature. The compressor increases its power, blowing more and more cold, but this does not save the situation, it only wears it out badly.

For a dried rubber gasket, it is possible to try to restore the lost elasticity by treating it with boiling water:

If the gap was formed in a single instance and is small, you can simply tuck the gasket in this place with silicone, instant adhesive. As a temporary option until a new rubber band is purchased and installed, you can fill the resulting gaps with cardboard inserts.

Sometimes the situation can be improved by hinging the door in the opposite direction, but here it is necessary to take into account the location of the fridge in the room because there must be free space for opening the door.

Sometimes the door closes loosely not because of the seal problems, but because of the looseness of its fastening, when the fasteners loosen. Then you need to tighten the hinges and screws, and the problem will be solved.