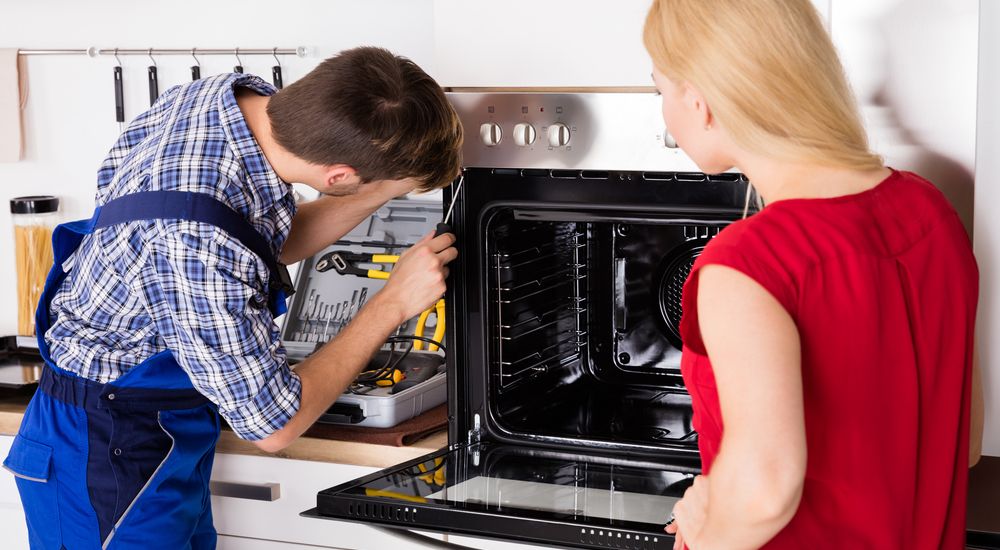 Even an regular homeowner can check for certain problems, trying to catch them before major repair work becomes necessary. For instances, no great level of skill must be acquired, before someone can look for loose terminal connections. It is also easy to learn how to match specific issue with the name of the appliance component that seems to be malfunctioning. For example, if your microwave-oven keeps blowing fuses, it is time to check the door switch. If the door switch isn’t working right, that could be the result of a failed capacitor. On the other hand, it might a sing the presence of a bad diode.

If there is an issue with the electrical service breaker, then that could explain the oven’s slow or uneven cooking pattern. If the turntable motor has malfunctioned, then that too could cause the food to cook slowly or unevenly. Even the most skilled troubleshooter might struggle to deal with an electrical service breaker or a malfunctioning turntable motor. The source of the third possible problem would be the outlet supplying power to the microwave oven. An outlet can be tested, but only if the tester has access to a multimeter. Before the test begins, the multimeter should be on the AC scale. The meter’s user must then grasp the insulated portion of the meter’s probes.

Having grasped those probes, the tester/troubleshooter should put one probe in each of the two spots in the outlet. That will cause the scale to show a reading. The reading should be noted and recorded. In order to avoid more problems, the two probes must then be removed gently. Once that task has been completed, it is time to study the recorded reading. If the voltage on that reading is more than 115 volts, then there is a problem with the outlet.

The procedure described above can be used to solve more than one issue. A bad outlet could explain an oven’s failure to run at all. In that case, the reading on the multimeter’s scale would be more than 10% of the normal voltage.

A sign that it is time to call a repair technician

If a microwave does not run at all, it does not cook, and its turntable does not move. Suppose, though that the same appliance runs but does not cook. That could indicate a problem with the magnetron. The appliance repair technicianin San Diego County that must deal with a magnetron should have completed a recognized training program.