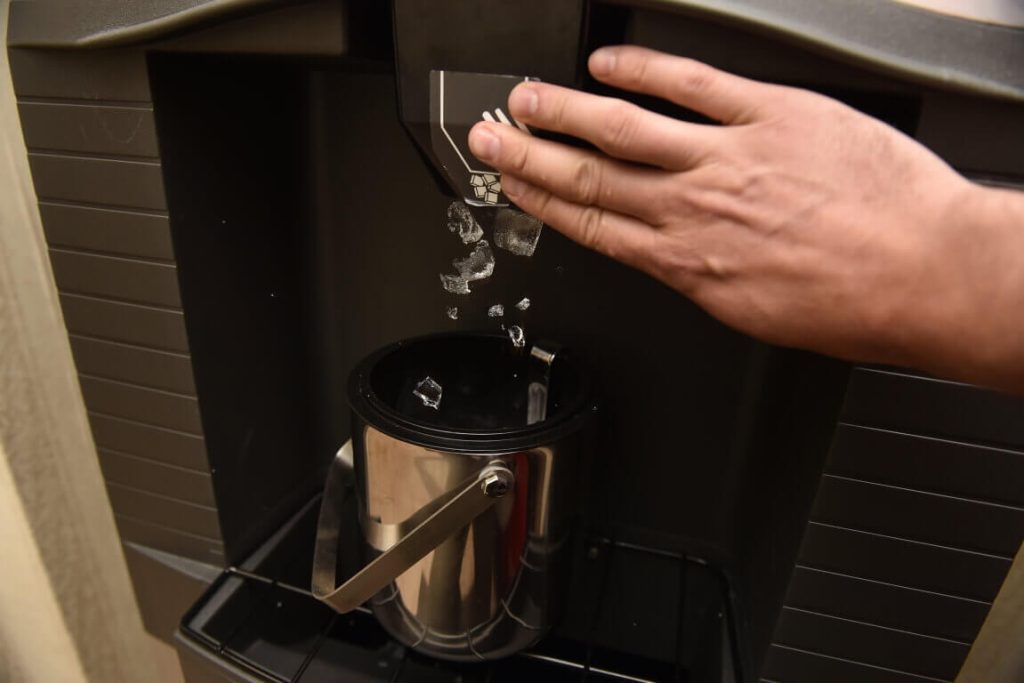 The manufacturers that can produce a refrigerator with an ice-making machine do not promise that the same device will work at a set speed. Consumers did not expect any promises, regarding how fast an ice cube could be made by the new type of equipment, due to what they had accepted as adequate in the past.

In the past, consumers had used cubes that had formed in one of the old-style trays with the cube-shaped sections. Yet now, consumers have begun to note the production rate of their home’s ice-making equipment.

The temperature of the freezer works to determine the rate at which ice can be created. The freezer should be as close to 0 degrees centigrade as possible. The condition of the refrigerator’s condenser coil must be recognized as a factor. If the coil is clean, the water will change to solid cubes at a faster rate.

The condenser fan has to be working, in order for the ice-making to proceed, as expected. If the fan does not work, the cubes will never form at an acceptable rate. There should be no frost on the evaporator coil. Following the development of such frost, air no longer circulates in the freezer. That means that the freezer needs to be defrosted, so that the circulation of air in that specific compartment will resume. Call in an appliance repair professional in San Diego County.

The water gets into the ice maker through a supply line. It should enter the ice-maker steadily through that same supply line. Some homes have a water filter on the kitchen tap. The water from that same tap then enters the supply line that feeds the ice-making machine. If the filter becomes damaged or worn, the water for ice-making will not be made available to the cube-forming equipment.

Problems with the water hose connections can slow the rate at which ice forms, in response to performance of the refrigerator’s special equipment. The person that would like to see the cubes coming at a faster rate should look for kinks in any water-carrying hose. A clog in such a hose would cause the cubes to form at a much-reduced speed.

The final check might take a bit longer than the others. The water pressure ought to be measured. A low water pressure would make it difficult for the necessary liquid (water) to make its way through the length of hose from the water’s source to the ice-making machine. In the absence of that clear liquid, no single cube could be created.