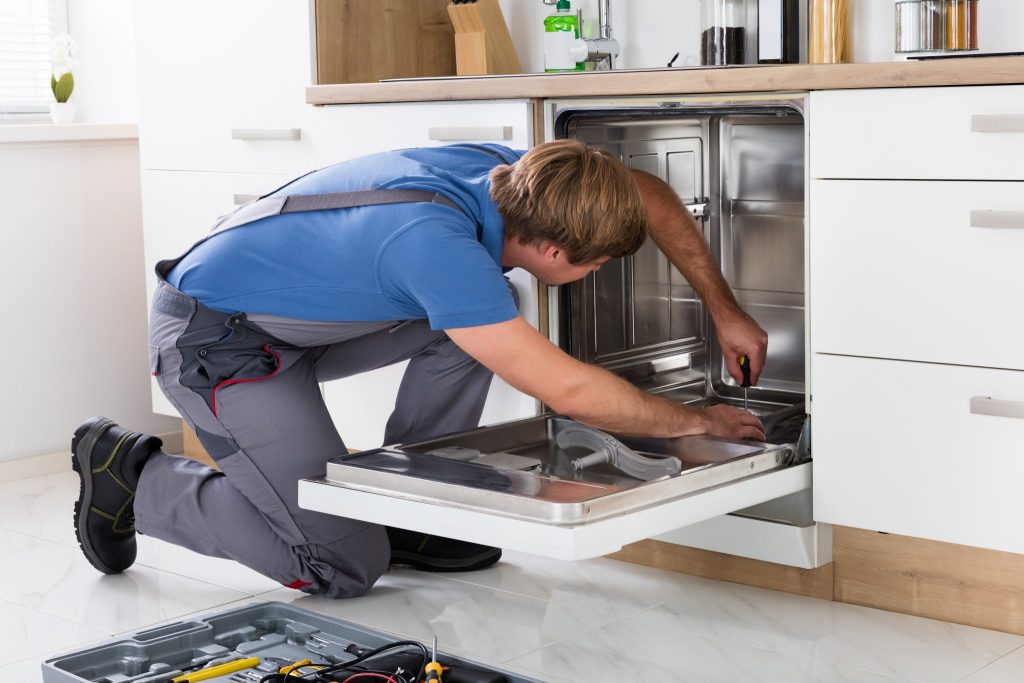 An unobservant homeowner might think that a once dependable dishwasher has suddenly lost its functionality, if that same appliance experiences a sudden breakdown. In actuality, all older dishwashers drop hints, concerning the downhill nature of their performance. Anyone with some troubleshooting experience can learn how to note the appearance of such hints.

Signs that the homeowner must look for, in order to be prepared for the dishwasher’s eventual breakdown

The appliance’s familiarity serves as one clue. A homeowner should appreciate the length of time that any one appliance has been carrying out its intended function, to the satisfaction of all of the home’s residents. Dishwashers that have been cleaning dirty dishes for more than 10 years are almost sure to reach the end of their lifespan.

Someone discovers rust spots on the inside walls or bottom of the dishwashing machine. As dishwashers age, rust spots might form on the outer surface. That does not mean that a breakdown seems imminent. If, however, such spotting develops on the inner surface, it would appear that the appliance’s days are numbered.

Those in charge of emptying the dishwasher discover a pool of water at on the floor of the basin, at the completion of more than one cycle. The heat created during the cycle should cause that water to evaporate. Formation of a pool means that the heating element no longer works properly, or that too much water gets released, during any given cycle.

The dishes on the racks are not hot at the end of a cycle. As suggested earlier, the heating element should ensure the evaporation of water from the dishes, making them quite hot. Notice the strange noises coming from the appliance, as it washes the dishes. And if there is any evidence that indicates that water has started to leak from somewhere. This is like a death knell for an old dishwashing machine. You need to call on an appliance repair expert in San Diego County.

The door does not lock. Even a new machine might have a broken latch on the door. If the homeowner is lucky, the cost of its replacement will be covered by the warranty.

Dishes appear spotty and dirty at the end of cycle. Obviously, this indicates the presence of a problem. A dishwasher should clean the items on its racks. Yet it does not reveal the exact nature of that problem.